Income data from the 2019 census median was recently released and provides the median income for each zip code. I thought it would be interesting to compare median home prices in the highest income areas for the Seattle and the Eastside areas. 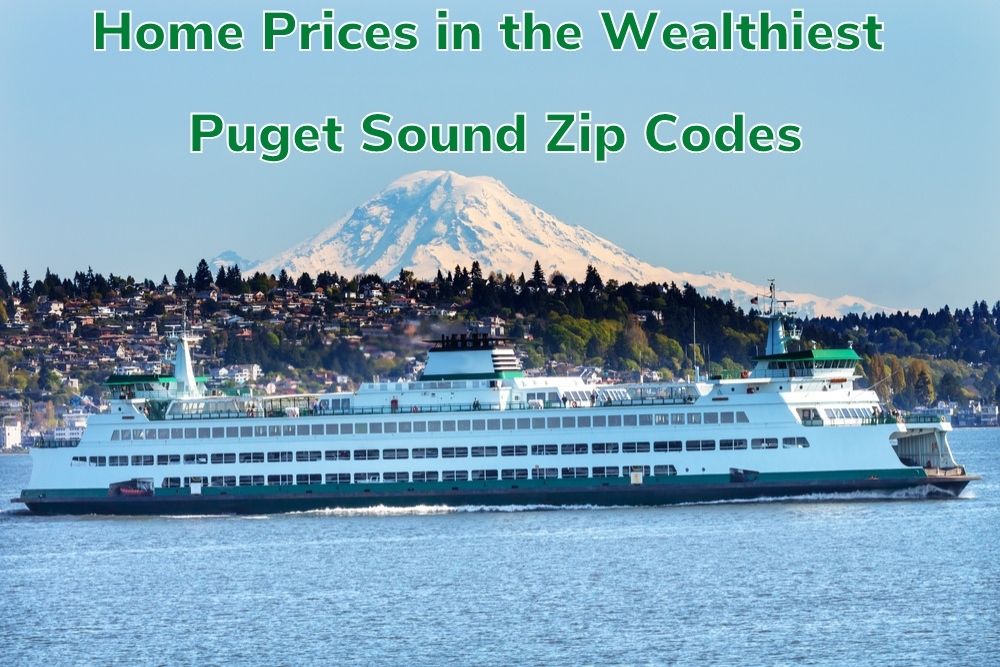 I selected the top 6 zip codes for Seattle, the top 6 on the Eastside, and for comparison purposes, the 6 lowest median income zip codes from that list of 50.

For sale price data I used the 3-month rolling average value for all residential properties combined (houses, townhomes, and condos), as of the end of October 2021.

Home prices in the top 6 Puget Sound zip codes based on median income.

Home prices in the top Seattle zip codes based on median income.

Home prices in the zip codes ranked 45 to 50 based on median income.

Some observations on the wealthiest Puget Sound zip codes and home prices.

All the highest income zips codes are east of Seattle: as listed in the first table above, Medina, Sammamish, Woodinville, Mercer Island, and Redmond fill the top 6 spots. The highest income Seattle zip is 98177 which covers the Blue Ridge-Broadview-The Highlands-Richmond Beach areas overlooking the Puget Sound and the Salish Sea. That zip is only ranked #16 and half of that is north of N 145th Street (the northern boundary of the city of Seattle).

Medina: not unexpectedly, Medina, home of Bill Gates and other local notables, has both the highest income and home sale prices. Because it's a smaller area with fewer sales than most zip codes, the median sale price can vary a lot. For example, in May the median sale price was $5,925,000 when there were only 10 sales and in October it was $3,900,000 (17 sales). With such a low number of sales, the average sale price can fluctuate wildly from month to month.

Sammamish: the much sought-after city of Sammamish has 2 of the top 3 highest-income zip codes and is a really competitive neighborhood to buy into. It was voted as the best small town in America for 2021. Median homes prices are between $1.3M and $1.6M.

Belltown in Seattle right next to downtown has the 5th highest Seattle median income but average home prices are "only" $603,000. Why? Because almost all homes are condos, not houses.

So overall, homes prices do have some correlation with the median income for each zip code but not when the area has a high percentage of condos. 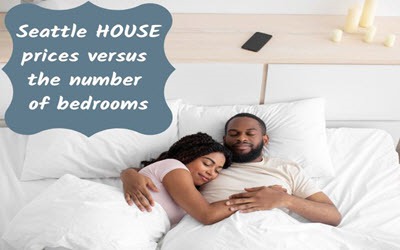 Seattle house prices versus the number of bedrooms

Unless you are downsizing to a smaller home, most buyers want to get as much space and as many bedrooms as their budget will ... 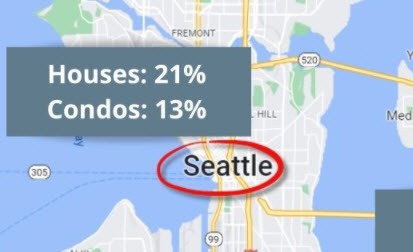 What percentage of Seattle area homes sell for cash?

In the competitive Seattle area real estate market many buyers who get outbid on homes will suspect that they are ...