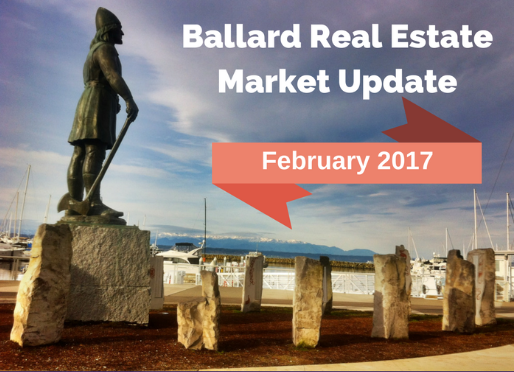 Time to take a look at how the Ballard Seattle real estate market fared during the month of February 2017. February is usually a month where the market is starting to emerge from winter hibernation. Or at least that used to be the case. Because of the chronic low inventory of homes for sale, Ballard and other Seattle neighborhoods are staying competitive all year round now.

The market remains very strong and for the past few months, Seattle has been either occupying the top spot or near the top as the hottest real estate market in the country. The low number of homes for sale remains the main factor driving prices upward.

The major difference between different times of year is the variation in the number of homes for sales that naturally cycles through the lowest number in winter and then builds up to peak activity in the spring and early summer months.

The 3 critical P's when selling your home. Everything else is just cherries on top

It’s easy to get overwhelmed with information and advice from all directions as to the things you need to do when selling your home.  You read an article that details the 27 must-do items.  They couldn't come up with a nice round list of 30?

Selling your home is not rocket science. Do the fundamentals and do them well and your home should do really well too.

In my personal opinion, these are the 3 critical, non-negotiable action items you need to focus on when selling your home. If you don’t do these 3 properly, then you are just leaving money sitting on the table or your home might not sell (even in a hot market). What you add in blood, sweat and hard cash will come back to you in shovelfuls at closing.

Stage your home inside AND out. By staging, I don’t mean just 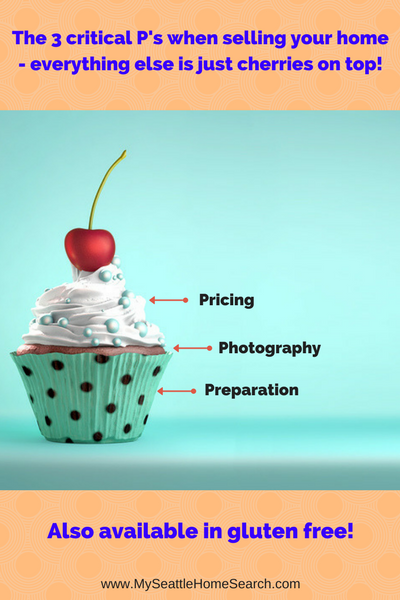 rearranging your furniture or hiring a staging company who bring in a few sticks of furniture and “voila, it looks simply daaaaarling darlings!”

By staging I mean, you make every square inch of your home and property (both inside and outside) look its very best. Yes, it’s a lot of work and is something you should start planning at last 6 months, or even better, a whole year before you intend to put your home on the market. Plan ahead and avoid stress overload later. Procrastination is over rated!

Here are some home preparation items to focus on. Preserve your sanity and hire some help rather than trying to do it all yourself.

Declutter and start getting rid of stuff you haven't used on years. One word: Goodwill!